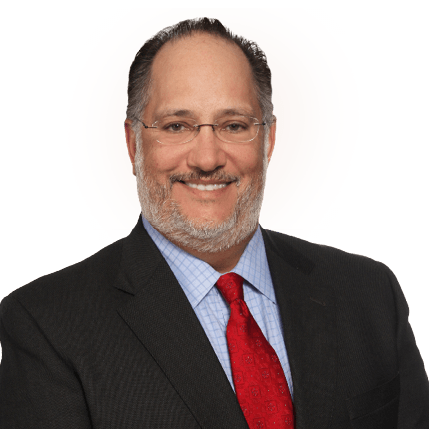 In this installment of our continuing Dram Shop series, we address the recovery of exemplary/punitive damages[1] in Texas dram shop cases.

Trial courts in Texas often deny motions for summary judgment challenging the propriety of punitive damages in Dram Shop cases, and permit exemplary damages to be awarded by juries upon a finding of gross negligence.  But is this proper? No.  A claim for gross negligence is expressly not allowed under the Act.

Based on the plain language of the Texas Dram Shop Act (the "Act")[2] and case law addressing the question, exemplary damages are not recoverable.  Courts should refuse to charge the jury on such damages, and should grant Motions for Summary Judgment challenging them.  Failure to do so results in prejudice and harm to the Defendants in such cases.

The Act was passed on June 1, 1987, as part of a broad tort reform package. Before the enactment of the Act, no cause of action existed against a provider of alcoholic beverages for injuries resulting from a patron's intoxication.[3] However, by enacting the Act, the Legislature struck a balance, and created a limited duty on alcohol providers, not recognized at common law, as a means of deterring providers from serving obviously intoxicated individuals, while at the same time, providing a statutory defense for such providers to encourage training.[4]

The Act provides, in relevant part:

(a) The liability of providers under this chapter for the actions of their employees, customers, members, or guests who are or become intoxicated is in lieu of common law or other statutory law warranties and duties of providers of alcoholic beverages.

(b) This chapter does not impose obligations on a provider of alcoholic beverages other than those expressly stated in this chapter.

(c) This chapter provides the exclusive cause of action for providing an alcoholic beverage to a person 18 years of age or older.[5]

Exemplary Damages Not Permitted by the Act Based on Legislative History:

Only one Texas court of appeals has addressed the specific question of whether the Act itself permits the recovery of exemplary damages.[7] In answering this question in the negative, the Fort Worth Court of Appeals dedicated nearly half of its opinion to an in-depth analysis of the legislative intent for the Act. The court ultimately concluded that "[c]onsidering and giving effect to the plain meaning of the words used, the Act's silence on the issue of exemplary damages, and construing the Act and the code into which it was enacted as a whole and the relevant policy considerations,… the legislature did not intend for punitive damages to be available for a violation of the Act."[8]

While discussing the Act's silence regarding the issue of exemplary damages, the court explained, in relevant part:

We must read the Act's silence on the issue of exemplary damages in conjunction with the Act's exclusivity provisions. The Dram Shop Act is codified in the Texas Alcoholic Beverage Code, which provides that "[u]nless otherwise specifically provided by the terms of this code, the manufacture, sale, distribution, transportation, and possession of alcoholic beverages shall be governed exclusively by the provisions of this code." Additionally, as previously noted, the legislature expressly pronounced the Act to be the exclusive remedy against providers of alcohol to individuals age eighteen or older. The Dram Shop Act still further provides that the statutory cause of action "is in lieu of common law or other statutory law warranties and duties of providers of alcoholic beverages." This language clearly expresses legislative intent to exclude all common-law rights and bar all claims except those specifically authorized by the statute.[9]

Taking a closer look at the Act, it makes sense that exemplary damages would not be permitted under the Act. The cause of action created by the Act requires an "onerous burden of proof."[10] One week before the Act went into effect, the Texas Supreme Court imposed a duty on dram shops not to serve alcoholic beverages to a person it knows or should know is intoxicated.[11] However, the Act narrowed this potential liability and heightened the claimant's burden.

To be liable under the Act, it must be "apparent" to the provider that the patron was "obviously intoxicated to the extent that he presented a clear danger to himself and others" – not just intoxicated – when the dram shop serves him alcohol.[12] This is essentially a gross negligence standard – i.e., (1) viewed objectively from the actor's standpoint, the act or omission complained of involves an extreme degree of risk, considering the probability and magnitude of the potential harm to others; and (2) the actor must have actual, subjective awareness of the risk involved, but nevertheless proceed in conscious indifference to the rights, safety, or welfare of others. In other words, in order to just be entitled to compensatory damages under the Act, a claimant must meet a gross negligence type burden. To permit an award of exemplary damages on an identical showing is illogical and contradicts longstanding Texas law regarding when an award of exemplary damages is proper.

Further, the Act has an inherent punitive measure in place. As explained by the court in Borneman:

In cases of dram shop liability, the policy behind punitive damages is met by the Texas Alcoholic Beverage Code's own provisions for the punishment of wrongdoers by suspending or revoking their liquor licenses, which not only deters, but even precludes commercial providers from further wrongful conduct. Because the punishment and deterrence policy behind exemplary damages is addressed under the Texas Alcoholic Beverage Code and that code exclusively governs commercial provider liability cases, we do not believe the recovery of exemplary damages in cases of dram shop liability is consistent with the purposes of the statute.[13]

The legislative history and plain language of the Act make it clear that exemplary damages are not available in dram shop cases.

In an action arising from harm resulting from an assault, theft, or other criminal act, a court may not award exemplary damages against a defendant because of the criminal act of another.[14]

Several Texas courts of appeals and federal courts applying Texas law have applied Section 41.005(a) in the dram shop context to hold exemplary damages are not permitted in dram shop cases.[15]

For example, in In re Islamorada Fish Co. Texas, L.L.C.,[16] the Dallas Court of Appeals granted a writ of mandamus after a trial court improperly ordered net worth discovery against a defendant in a dram shop case. The court reasoned that the plaintiffs' allegations arose from the injuries they sustained when an intoxicated driver, who pleaded guilty to driving while intoxicated, caused the accident at issue. Therefore, the court held that section 41.005(a) prohibited the trial court from assessing punitive damages against the defendant "because the harm alleged resulted from the criminal act of another," and that net worth discovery was, therefore, not proper.

The continuing trend of courts allowing exemplary damages questions to go to juries in dram shop cases is troubling. Coupled with the continuing trend of increased and even "nuclear" jury verdicts, there is increasing prejudice to dram shop defendants to expose them to liability that far exceeds any liability permitted by law.  The legislature or the Texas Supreme Court needs to clarify this area of law.